We conclude our series of year end reviews of 2018 in cinema with our 10 favourite films of the year – let us know if you agree in the comments!

Thanks for reading and we’ll be back with more reviews in 2019! 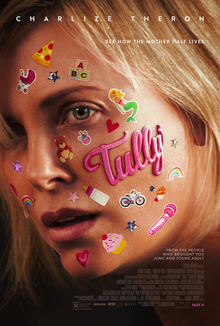 A return to form for Jason Reitman, ‘Tully‘ tells the story of an expectant mother (Charlize Theron) who is struggling to cope with her responsibilities when a new, seemingly perfect nanny (Mackenzie Davis) enters her life and takes the stress away. The clever script contains many surprises that are best to be enjoyed blind, but this is an unflinching look at the challenges of motherhood, and Theron excels in the central role. 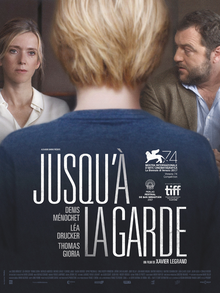 ‘Custody’ is a superb hard-hitting drama from Xavier Legrand with blistering performances from its cast, taking the heartbreaking story of a young boy coming to terms with his parents divorce and ramping up the horror of the situation to unbearable levels. Clocking in at just over 90 minutes, this is a tight, smartly directed film and it’s as impressive a debut feature as you’re likely to see this year. 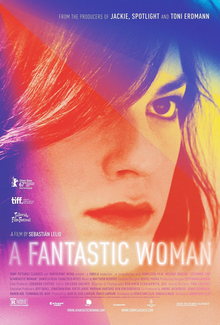 Following a transgender woman coming to terms with the loss of her partner, this Chilean drama is a sensitive piece of work that puts us in the shoes of the central character as she shows remarkable restraint to deal with the bigotry surrounding her. It was directed by Sebastian Lelio, who also helmed the London set ‘Disobedience‘ this year, and he’s clearly a filmmaker worth looking out for. 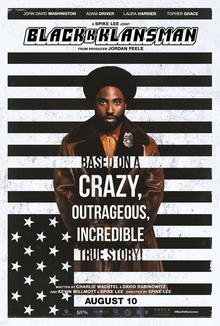 Spike Lee’s best film in years combines a too outrageous to be true real life story with his trademark provocative filmmaking style to make for a film that is both riotously entertaining and thought provoking at the same time. John David Washington (Denzel’s son) is the black police officer who manages to inflitrate the KKK and how this plays out manages to be both incredibly funny and incredibly disconcerting, and it’s to Lee’s credit that he gets the tonal balance right. 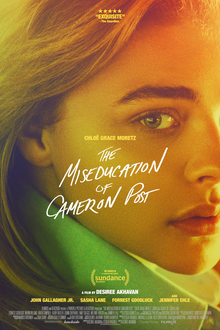 Focusing on a group of teenagers who are sent to a gay conversion therapy centre, ‘The Miseducation of Cameron Post’ is a terrific coming of age drama bolstered by a mesmerizing lead turn from Chloe Grace Moretz and a tactful approach to a challenging subject. It gets the important points across whilst also celebrating youthfulness and finding pockets of humour amidst the darkness of the setting and I really, really liked it. 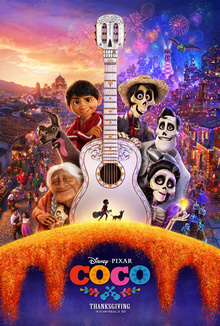 Pixar’s best film since ‘Inside Out‘ is a superb movie that embraces the culture of the country the story is set in (Mexico), whilst also telling a terrific story that tackles difficult themes such as death and the grieving process. ‘Coco‘ is as original, imaginative and as clever as the best of Pixar’s works and it packs a really hefty emotional punch, whether you’re a kid or an adult. 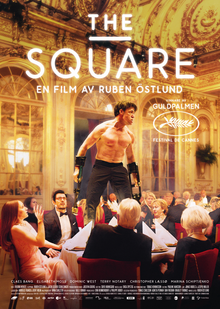 ‘The Square’ is an outrageous satire set in the contemporary art world from Swedish director Ruben Östlund (who previously made the excellent ‘Force Majeure’). This is a bold and ambitious art world satire that takes shots at numerous aspects of contemporary society and it’s testament to Ruben Östlund’s writing and direction that it hits the mark more than it misses, and it’s a film that the more I think about it, the more I like it. 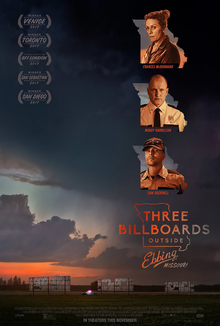 Led by a powerhouse performance from Frances McDormand as a grieving mother, ‘Three Billboards Outside Ebbing, Missouri‘ is a powerful drama that covers dark themes such as murder, arson and racism, yet also manages to be very funny, an incredible balancing act from a director at the top of his game. This came out in January and I’ve only seen a couple of films since that I’ve enjoyed more than it, as follows…. 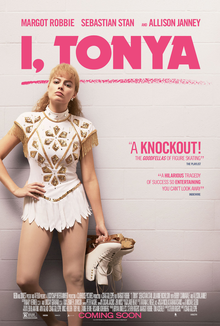 A biopic about disgraced ice skater Tonya Harding isn’t the kind of film I’d have imagined enjoying as much as I did, but ‘I, Tonya‘ is absolutely superb. Her life was more chaotic than I knew, which helps, but the joy of this is largely down to Margot Robbie’s superb lead portrayal, and the stylish, energetic approach to telling the story from Craig Gillespie. It’s got a great soundtrack, it’s hilarious and in terms of pure entertainment, nothing beats it this year. 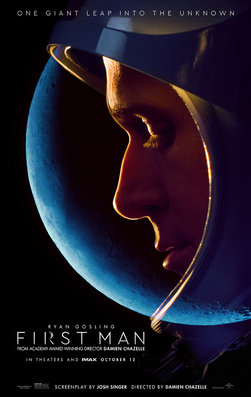 Damien Chazelle is only 33. Quite incredible when you consider the films he’s crafted so far, from ‘Whiplash‘ (my favourite of 2015), ‘La La Land‘ (which wasn’t half bad either ;)) and now ‘First Man‘, a stunning film about Neil Armstrong and the quest to put a man on the moon. What impressed me so much about this film, and why it’s the best film I saw this year, is less about the moon landings themselves and the journey there (which is superbly depicted), but the focus on Armstrong himself. This is a film about the toll these events took on Armstrong, and why he continued to be driven to succeed, and it’s the personal focus that Chazelle brings to one of mankind’s greatest achievements that makes this such a special piece of work.

We’ll be back in 2019 with more reviews of the latest releases and some more classic reviews. Thanks for reading!