Following on from our reviews of the worst films of the year, we move on to Part 3 of our year end review of 2019. We’ve compiled our list of the year’s best films and we’ll start by running down from 20-11 – we’d also recommend checking out the films in the ‘narrowly missed out’ section at the bottom of this post, but ultimately these are what we’d regard as the best 20! 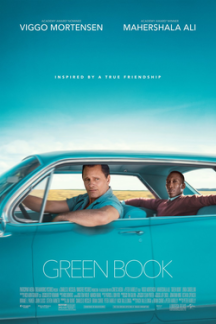 A fairly controversial ‘Best Picture’ winner earlier this year, ‘Green Book‘ is not without its faults, but the chemistry of its leads shines through and I did find myself really enjoying the movie.

19. Fighting With My Family

Based on the true story of WWE wrestler Paige, ‘Fighting with My Family’ is a ‘Brit Flick’ that matches a typical Hollywood story with a uniquely British style, and it’s one of the most purely entertaining films of 2019. Funny and charming with a compelling take on a rags to riches story, it’d be a perfect film to stick on over the festive period.

‘Ad Astra‘ is a thought provoking and philosophical science fiction movie that seems to have polarised many moviegoers, with myself firmly sitting in the positive category. It’s a film about fathers and sons, and features one of two terrific Brad Pitt performances from 2019. 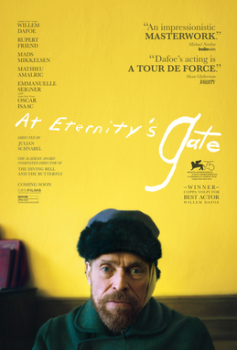 Starring Willem Dafoe as Vincent Van Gogh, ‘At Eternity’s Gate’ is a character study of the tragic painter in his final years from ‘The Diving Bell & The Butterfly’ director, and artist, Julian Schnabel. This film reimagines Van Gogh’s final days and theorises that his death was not a result of suicide, based on the research of two art historians who have spent a lot of time looking into Van Gogh’s life and death. It’s an incredibly moving piece of work that earned Willem Dafoe an Oscar nomination.

Ciro Guerra’s follow up to the sublime and mesmerising ‘Embrace of the Serpent’ is another film set in his native Colombia, this time focusing on the early days of illegal drug trading. ‘Birds of Passage’ (co-directed with Cristina Gallego) is an epic crime film, charting the rise and fall of a Wayuu family who get involved in the trade of marijuana in the late 1960s. It’s the story about the conflict that arises in a small community between tradition and the drive for prosperity, which threatens to tear them apart, and it’s an excellent piece of work.

15. Once Upon a Time in Hollywood

Quentin Tarantino’s 9th film isn’t for everyone as it finds him in a self reflective mood, turning his attention to 1960s Hollywood, an era he clearly feels nostalgic for. It’s more of a hangout movie than the trailer would have you think (at least until the conclusion), and I found much to like here, from the typically well chosen soundtrack to the melancholic narrative about two men finding themselves out of place in a familiar environment as they get older.

Written by Shia LaBeouf (who also stars as his own father), ‘Honey Boy‘ is a deeply personal film about his own experiences growing up as a child actor in Hollywood. Part drama therapy, LaBeouf lays it all on the line in this touching, moving drama that features his best acting work in some time.

Many will be more familiar with ‘Blue Story‘ for the negative headlines it generated, which would be a shame as this is a really compelling story about the self-perpetuating cycle of violence in a part of London with a significant gang problem. I was surprised at how affecting I found this film to be and I really empathised with the characters and the situations they found themselves in.

Sometimes all you need is a film to make you smile and ‘The Peanut Butter Falcon‘ has that covered in spades. It’s an odd couple road (or river?) movie about a young man with Down’s syndrome and a troubled fisherman who form a bond and set out to find a retired local wrestling star. The adventures of Huckleberry Finn are a strong influence, and this is a really charming, well acted and thoroughly entertaining movie (with the aforementioned Shia LaBeouf superb as one of the leads). 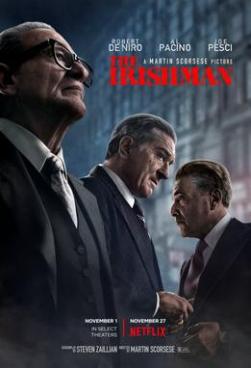 A long time in the making, Martin Scorsese’s ‘The Irishman‘ finally found the funding through Netflix and his epic decade spanning crime tale would come to fruition. The end result is one of Scorsese’s finest films, with the best performances in years from his three leads. Like Tarantino’s ‘Once Upon a Time in Hollywood‘, this is a more meditative piece of work than his earlier crime dramas, more concerned with musing on legacy, the passage of time and how a lifestyle such as this gradually alienates those you should be focusing on. It’s really good and certainly worth the wait.