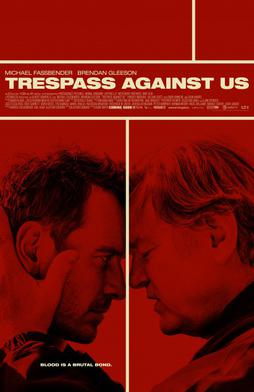 A man looks to find a way to escape the criminal ways of his outlaw family.

For a film featuring two of the finest Irish actors around starring as father and son, I expected much better from ‘Trespass Against Us’. Those actors are Brendan Gleeson and Michael Fassbender, who feature as Colby and Chad Cutler, two men who lead a travelling community with a sideline in robbery and other criminal activities. The focus of the film is on the way of life for the travellers, particularly when that becomes threatened by the police looking to stamp down on their criminal lifestyle.

The film presents a dynamic between Colby and Chad of one where Colby wants to maintain the lifestyle, whereas Chad wants to get out and live a normal, troublefree life. Or at least that’s what we’re supposed to think. If anything, Chad seems conflicted, drawn to the excitement and the thrill of the cat and mouse game with the police, with his interest in his family’s future only becoming important when Colby gets directly involved. I think that was part of my issue with ‘Trespass Against Us’ – we’re presented with a group of characters who are horrible and dangerous in many ways, with limited redeeming features, and at times the action on screen is quite distasteful. Despite the leads both being Irish, they speak with irritating west country accents (I think?) and I found it quite distracting and it takes away from the performances.

‘Trespass Against Us’ is the feature film debut for filmmaker Adam Smith, and the film is not without its merits. He shows good skill for directing a chase sequence, both in vehicles and by foot, and the score is deliciously warped from The Chemical Brothers Tom Rowlands. In Fassbender and Gleeson he has two terrific actors and they help to elevate the mediocre script, particularly when it comes to filling in the gaps in the father-son relationship that isn’t as well defined as it needs to be. The film attempts to draw parallels between Colby and Chad, and Chad and his own son Tyson, in the way in which the actions of a father impact on a son, but it’s not depicted very eloquently.

Throughout the runtime, it feels like ‘Trespass Against Us’ is building to something, but that something never comes and it ends on an anti-climactic note and I felt it was ultimately a disappointing movie.