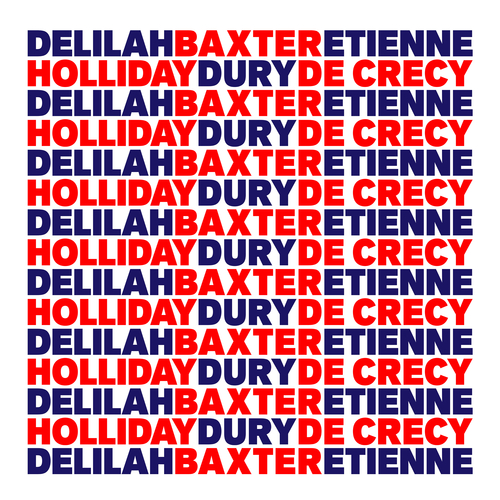 Many will already unknowingly have a picture of Baxter Dury up on their wall as he first appeared as a kid on the front cover on Ian Dury’s 1977 debut & classic – ‘New Boots & Panties!!‘, however he has since carved out a music career in his own right which has explored genres across the musical spectrum whilst still channelling that distinct knack for storytelling & keen eye for wry observations that his late father possessed.

Baxter first came to my attention with the release of the superb ‘Happy Soup‘ in 2011, which sat proudly on top of the pile of best releases from that year.  It was full of bare, simplistic, electro tinged pop songs that detailed a semi-autobiographical account full of glorious misery & mundane towns. This marked a slight change in approach from the indie psychedelia of his first two records & was one that he continued on subsequent records including the critically acclaimed ‘Prince of Tears‘ from 2017. However what has been consistent throughout is Baxter’s sharp & funny lyrics, which for me are best nailed when tinged with a hint of sadness & despondency (‘Leak at the Disco‘ on ‘Happy Soup‘ illustrates this to a tee).

Despite the first track, ‘Tais Toi‘, on ‘B.E.D‘ beginning with a stabby electro baseline & sharp snare, it doesn’t take long before Baxter’s trademark voice & lyrics come to the fore with shouts like “caustic motherfucker” which are then played off stylishly with Delilah’s deadpan voice.  It is a unique sound & indeed a perfect start to the record which I think encapsulates exactly the type of results the trio were hoping for (but such successful results only seem to happen occasionally throughout).

The record then moves into slightly darker territory with the next two tracks, ‘Walk Away‘ & ‘How Do You Make Me Feel‘ which are both markedly similar containing a more sleazy feeling to Delilah’s choruses around Baxter’s verses.  I particularly like the little acidey outro on ‘Walk Away‘.  These are nice enough tracks but ultimately there isn’t too much in them to make me want to revisit them again.

The best of the results that I spoke about earlier (and indeed of Baxter) are not seen again till later in the record with ‘Only My Honesty Matters‘.  This fits right into the area where Baxter excels, it is self-deprecating & mournful with the kind of lyrics I wish I could put together: “We’re just obvious, like David Cameron, bow tie at breakfast, rotund facial cheekiness & borderline inference” & “Impotent white obvious people with shocking clothes & awful music, red death & a science of being a knob”. His anger & moaning all expressed against a sweeping synth.

Elsewhere there is ‘Centipedes‘ which is more akin to first track, ‘Tais Toi‘, with a funky little minimal beat providing the scenery for Baxter & Delilah trading verse & chorus again with the chorus containing the playful but sharp “I want you to be, full of centipedes”. daft but it works.  There is also the single ‘White Coats‘, which has a simplistic beat played on an electronic organ before a synth takes over adding an energetic end that probably is unmatched elsewhere in the record.

Both are short in fact, ‘Centipedes‘, only clocks in at a meagre 1min 28secs. This is a common feature though as the whole album & its nine tracks are contained within 18mins which leaves me feeling that some of the ideas have been left unfinished & not yet fully formed.

There are a few other tracks on here which didn’t do too much for me, such as ‘Fly Away‘ & ‘But I Think‘. These have Delilah on solo duty on the mic where she delivers the lyrics smoothly conveying an underlying sadness but to be honest, I found the songs themselves largely unmemorable.

Luckily the record finishes on a strong note back with what Baxter does best on ‘Eurostars‘. Stream of consciousness observation against a mere single sad keyboard note. You can smell the discarded ashtrays & feel the comedowns that were inevitably suffered whilst this record was put together in Paris.  Overall & in the best possible manner, it is a sleazy, dirty & grubby little record which sits rather uniquely amongst the rest of this year’s releases.

B.E.D was released on October 26th and is available at all good record stores & on Spotify.

You can catch Baxter Dury live at the following dates this month,

And can keep up to date with future announcements on http://www.baxterdury.net/