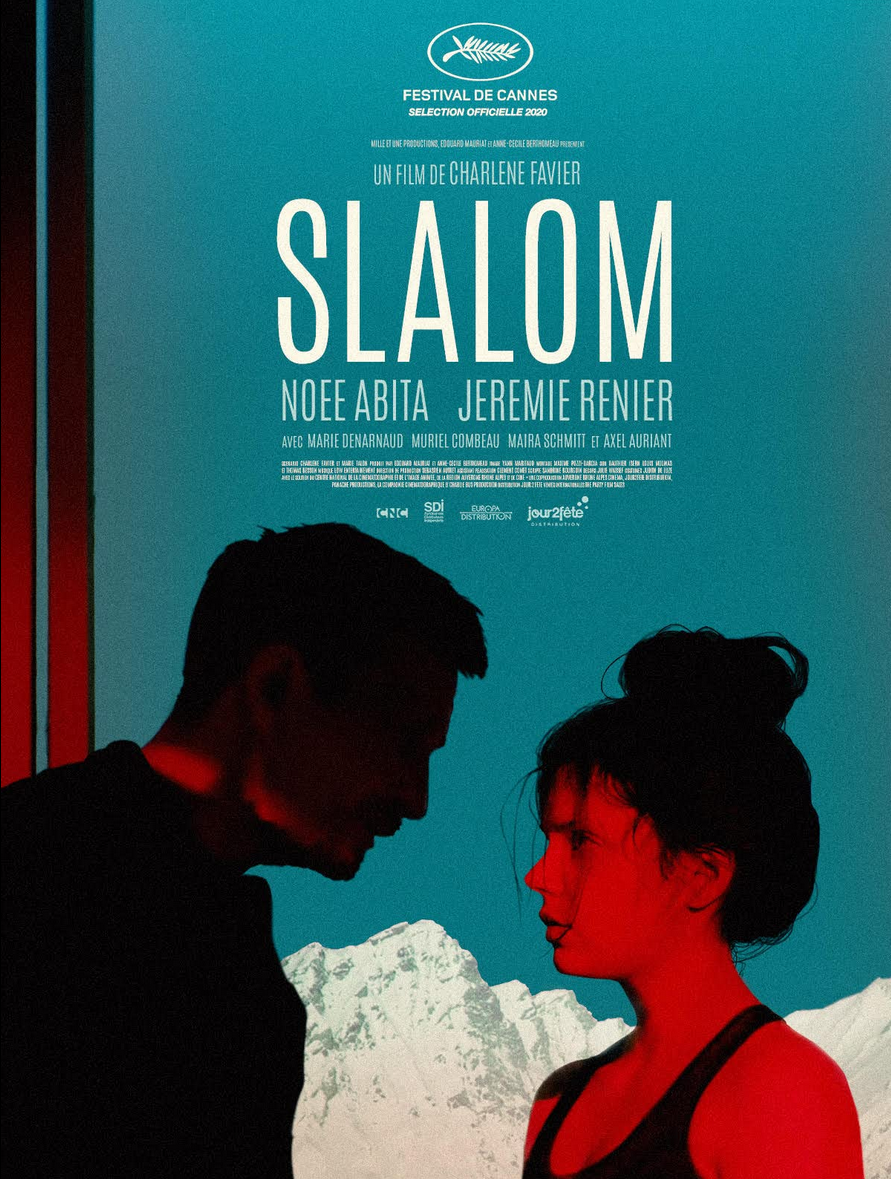 Under the guidance of a strict ex champion, a promising 15 year old girl trains as a professional skiing star. Will she be able to endure the physical and emotional pressures?

‘Slalom’, the debut feature from French director Charlène Favier, is a film that tackles the difficult subject matter of grooming and child sexual abuse through the eyes of a talented young skier, Lyz (Noée Abita). She is 15 years old and has just been given the opportunity to join a reputable ski school, where she will receive training to become a professional skiing star under the guidance of a former champion, Fred (Jérémie Renier). He notices her talent and almost immediately takes her under his wing, with significant implications for her professional hopes and her personal life.

This is a difficult film to watch in many respects because of the subject matter, but Favier takes a sensitive approach to the material and I think ‘Slalom’ really hits quite hard because of the nuance and subtlety in the writing. Lyz is young and impressionable and doesn’t get on well with the other youths at the school, so she’s immediately taken by the praise she gets from Fred and is happy to take on the additional coaching to improve her ability. This becomes complicated when the lines become blurred between the master/apprentice dynamic and a sexual relationship starts to form, with events starting to spiral out of control. ‘Slalom’ shows how manipulative abusers can be, and the basis of sports coaching, known to be intense and direct, is a suitable background to explore this topic. Fred takes advantage of the influence he has on Lyz, and we see her become increasingly conflicted about her feelings and what is happening, or being done to her.

The isolation of the setting is a perfect accompaniment to the journey Lyz goes on throughout ‘Slalom’, with her becoming increasingly helpless and isolated by Fred’s actions. This isn’t a film about justice, but about the direct impact this has on the abused individual and how it irrevocably alters their life, and I felt Noée Abita’s sensitive performance drew out the increasing helplessness she felt at coming under Fred’s spell. ‘Slalom’ is a tough film to recommend in many ways and it is designed to be uncomfortable to watch, but I think the rewards are there if you stick with it.