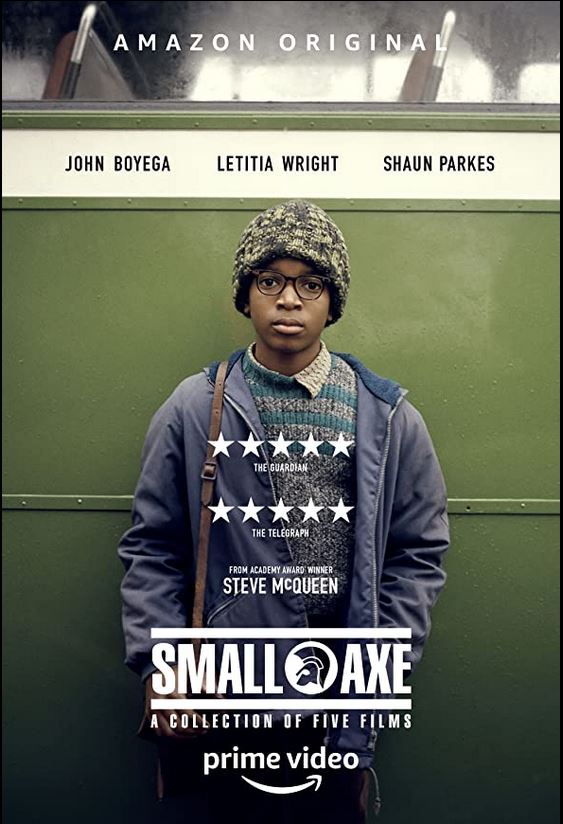 Education is the coming of age story of 12-year-old Kingsley (Kenyah Sandy), who has a fascination for astronauts and rockets. When Kingsley is pulled to the headmaster’s office for being disruptive in class, he discovers he’s being sent to a school for those with “special needs.” Distracted by working two jobs, his parents (Sharlene Whyte, Daniel Francis) are unaware of the unofficial segregation policy at play, preventing many Black children from receiving the education they deserve, until a group of West Indian women take matters into their own hands.

Steve McQueen’s ‘Small Axe’ series concludes with a coming of age story based on real life events in the 1970s, when some London councils adopted a policy that saw many black children being moved out of their schools into those for children with special educational requirements. It’s another fine example of this series shining a light on a forgotten and shameful episode from the recent past, whilst also telling a story about the experiences of those who lived through it on a personal level.

This episode roughly splits its narrative into two halves, the first focusing on Kingsley Smith (Kenyah Sandy), a young black child who is unfairly marked out as being a troublemaker at school. This is a coming of age narrative in short form and it’s hard not to feel for Kingsley, a kid who always seems to be on the end of an adult’s anger, whether it be his teachers or his mother. He’s a misunderstood soul and it’s hard to watch him being treated like a pawn by his school, leading on to the second strand of the episode, which moves away from this personal story to the political elements involved in this policy. Whilst this part is important to the story McQueen is trying to tell, I did find it less engaging than Kingsley’s story, a story I’d happily have watched for a lot longer than the 30 minutes that is dedicated to it.

‘Education’ wraps up this short series, a series that has raised questions about the differences between TV or cinema, or indeed whether those differences matter at all, and I’ve enjoyed it overall. ‘Lovers Rock’ would be my highlight, ‘Mangrove’ the best on the criteria of what constitutes a ‘film’, and I’ve enjoyed the other three entries to varying degrees. TV, cinema, or a bit of both, it’s once again reinforced Steve McQueen as one of our finest filmmakers.