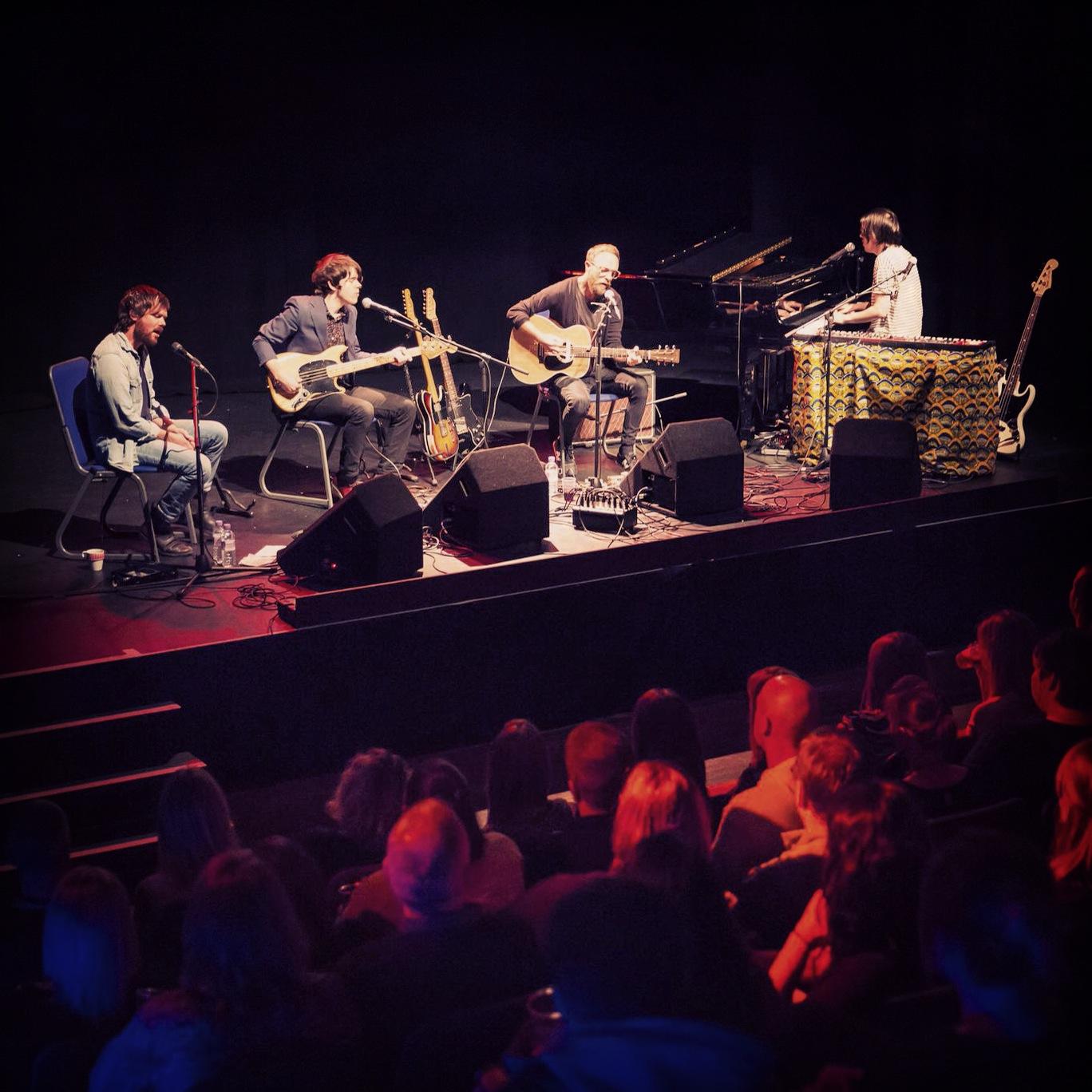 Idlewild are one of my favourite bands of all time, so when they announced an indefinite hiatus in 2010, I feared the worst. Of course some bands come back from a hiatus, but it often seems to be a way to soften the fans up for the inevitable blow of full termination. So naturally, I was over the moon when the band got back together and announced an acoustic tour of the Scottish Highlands and Islands (and the later announcement of a new album to arrive at some point in 2015). Despite seeing Idlewild over 10 times between Glasgow, Edinburgh and Festival showings, I’d never seen the band acoustic so the announcement of this tour was cause for excitement in more ways than one. Idlewild have always been a band that epitomise the beauty of Scotland as a country throughout their music, and the list of destinations on the tour contained some of the most scenic and beautiful locations in the world (if I do say so myself!). We ended up settling on Dunkeld to take the tour in, partly because it was the last date on the tour, and partly because it was the easiest location to reach by train, and it was a fantastic trip away to a lovely little place to see a great band in a unique setting.

The venue was all seating which worked well for the acoustic setting, and we were able to get good seats with a great view of the band on stage as they appeared a little after 8pm. Splitting the set into two halves, we were treated to two shorter sets that spanned the bands career from ‘100 Broken Windows‘ onwards to three songs from the upcoming (and as yet untitled 7th album). Joining the band on stage was violinist Hannah Fisher, a Dunkeld local who had spent the full tour with the band, and her violin and backing vocals added an extra layer to the band’s music. The band kicked things off with ‘Little Discourage‘, a song often a high tempo highlight of the bands set, working equally as well acoustically, before moving into ‘Welcome Home‘, from the band’s 4th album ‘Warnings/Promises‘, of which the band played 6 songs this evening.

One of the interesting things I’ve always felt about Idlewild is how their music is a marrying of different tastes and influences, which come to the fore through the solo work of lead singer Roddy Woomble and lead guitarist Rod Jones. Roddy’s solo material (and excellent work with Kris Drever and John McCusker) is heavily folk tinged and this comes through on albums such as ‘The Remote Part‘ and ‘Warnings/Promises‘ in particular, whereas The Birthday Suit‘s music is reminiscent of the earlier Idlewild records such as debut, ‘Hope Is Important‘. These styles have combined to create the wonderful fusion that is Idlewild, and it will be interesting to see the direction the new album takes their music in (of which we sampled three songs tonight. (Unfortunately, we weren’t treated to Roddy’s ‘Waverley Steps‘ or Rod’s band The Birthday Suit’s ‘A Bigger World‘, which had appeared in earlier setlists on the tour.)

The first new song of the evening was ‘Nothing I Can Do About‘, which featured a terrific harmony in the chorus and allowed Hannah Fisher’s violin to shine through, a recurring and most pleasant theme of the evening. ‘Live In A Hiding Place‘ was written for these sort of evenings and was a highlight of the first set of the evening, before the band closed with the beautiful ‘Goodnight‘. The second set began with ‘Too Long Awake‘, before the song I was probably most excited about hearing (and the only song played from the last album, Post Electric Blues, ‘Take Me Back To The Islands‘ which was a perfect song to play on this tour. This is a song that sums up the beauty of the band’s music and to an extent, the ‘Scottishness’ of their music, which is the greatest example this land has seen since Runrig in their early years (Searchlight the album that comes to mind). A truly beautiful moment on a fantastic evening. From here on in, the set comprised favourite after favourite, with ‘Roseability‘ and ‘Love Steals Us From Loneliness‘ standing out as particular highlights, before the band finished off the set with ‘In Remote Part’ (sadly sans Edwin Morgan’s ‘Scottish Fiction’ section).

The set had been high on music and low on banter throughout as the band let the music do the talking, although there was occasion for a couple of quips from Roddy (namely when some inebriated audience member shouted for a song they’d just played!), and to mention the band’s appreciation for everyone who had came out to see the band on this unique and wonderful tour. The band had one final song left before they departed for the evening, with an excellent cover of Bob Dylan’s ‘I Shall Be Released’ showcasing the singing ability of bass guitarist Andrew Mitchell. A wonderful way to end a special evening, and I’m already excited for 2015.

Idlewild will return in 2015 with a new album and a new UK tour.

* Please note – the setlist is correct in terms of songs, although the order may be a little off!