The Twilight Sad have always been an enticing live prospect, whether they perform their ‘wall of noise’ style full band show (or the ‘noisy shite’ as lead singer James Graham called it at the Pleasance Theatre last Thursday), acoustically, or stripped back as they were on this occasion. In my opinion, an acoustic or stripped back show is the best way to experience The Twilight Sad for the first time, particularly to appreciate the intricacies of their arrangements and James Graham’s powerful lyrics, and given we were treated to several new tracks from upcoming album “Nobody Wants To Be Here and Nobody Wants To Leave”, this was perfect for me. The ‘noisy shite’ is much better when you’ve had a chance to absorb the new songs in this setting and after a few listens to the record (all in my opinion of course!)

The Pleasance Theatre was a perfect venue for this type of show, and we were treated to the longest Twilight Sad show I’ve experienced, topping an hour and a half as we were treated to a mixture of new tracks and a selection from all of the bands studio albums. Beginning with “Alphabet” from their previous album, “No One Can Ever Know”, it was clear the band were in good spirits as James spent more time than usual conversing with the audience and treating us to his ‘shite patter’ (it was anything but!), which added a new layer to The Twilight Sad experience which is almost wholly focused on the music on most occasions. “That Summer…” is always welcome, and “I Became A Prostitute” gets arguably the loudest cheer of the night before we’re treated to the first new songs of the evening.

It’s always difficult to fully gauge what the new songs will sound like completed when you hear it in a stripped back setting, but the first impressions were extremely positive. James vocals are as strong as ever, and “Last January” in particular stood out as a highlight. There was a bit of chat about the length of the new album title, which had resulted in the title track being amusingly shortened to “Nae Cunt” on the setlist, with a bit of banter with the crowd about the volume of the guitar (James wanted it turned down, guitarist Andy was less enthused!). “Forget The Night Ahead” highlight “Made To Disappear” made a welcome return to the set, whilst the balance between old and new was maintained extremely well with the new tracks slotting into the set superbly. I can’t wait to hear the new album in full (I can now get it on vinyl thanks to a welcome christmas present my partner received!) and see the songs performed in a full live setting.

The later part of the set continued the high quality of the evening, with a surprising bit of comedy during “Cold Days From The Birdhouse” as a member of the audience laughed at the beginning. Usually one of the emotional high points of the set as James bares his soul to the audience, he made light of it with some well timed responses before beginning the song again. If the music career ever stalls, a career in the doom and gloom comedy peddled by the likes of Louis CK and Jack Dee may await…! The highlight of my evening came with the second last song of the set, a stunning performance of “The Wrong Car” from the 2010 EP of the same name, which brought back memories of a terrific acoustic gig at the Oran Mor around the time of its release. The set concluded with usual closer “And She Would Darken The Memory” from the band’s debut, before James thanked the crowd for their continued support and for being part of a truly special evening. Well, the pleasure was all ours James. Bring on the album! 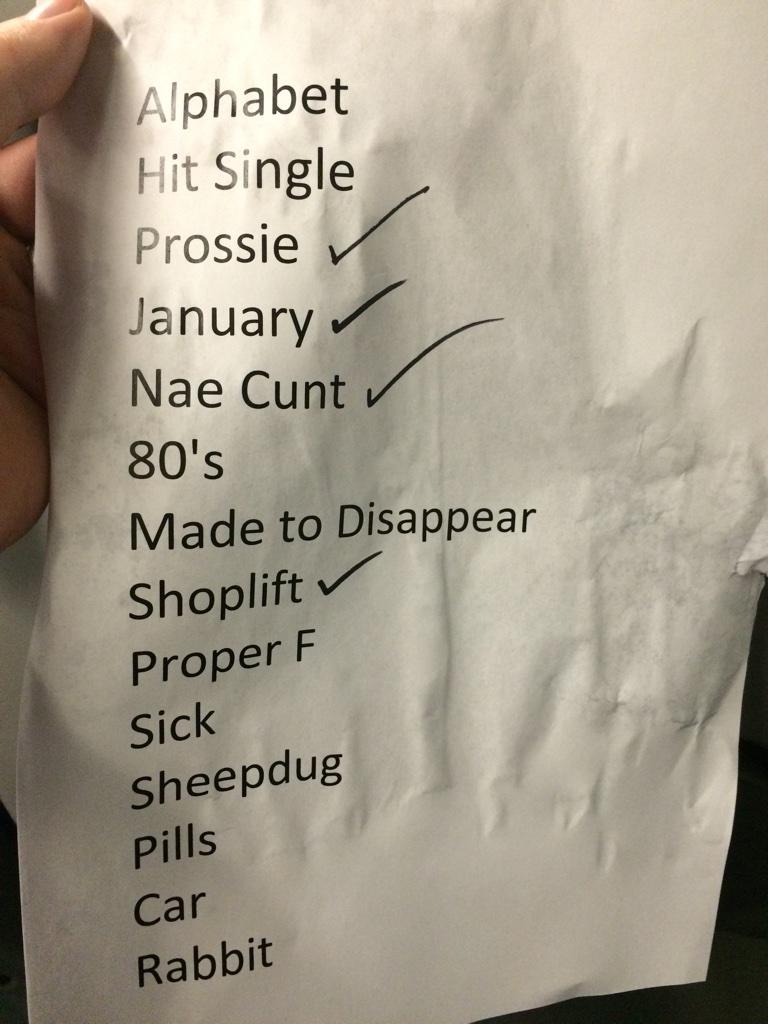